LEAGOO Malaysia launched their new smartphone today called the Shark 1, which currently has the biggest battery capacity ever in any smartphone device. LEAGOO is also submitting their entry to the Guinness Book of World Records for having the largest battery capacity, in the slimmest body (as to the capacity).

I was at the launch earlier, held at Connexion Nexus Ballroom in Bangsar South. The turn up for the event was surprisingly large with easily more than 200 people attended. The highlight of the event was all about LEAGOO’s new flagship device and there was a (slim) chance of winning the new Shark 1 smartphone in their lucky draw. Yes, no wonder it was a huge turn up.

It was then I realised that LEAGOO’s team had a little contest for their Facebook fans to get a free invitation to the launch event and a chance to meet the brand ambassador and local actor, Zul Ariffin. Naturally his fan was all over him when they get to meet him.

Let’s go more into the new Shark 1 smartphone, and not about the ambassador.

The LEAGOO Shark 1 is equipped with all the innovative features from its predecessor, while addressing the shortcomings of a basic smartphone. The main feature of this huge 6″ sized display phone is the huge battery that comes in it and also the fast fingerprint scanner at the back of the phone. While we’re on the display subject, the screen is a huge 6″ LG display with LTPS technology in full HD at 1920 x 1080p and 2.5D curve display glass. If you’re wondering what is LTPS, it means Low Temperature Poly-Silicon which has higher resolution and lower power consumption.

On the heart of the processing unit, it is powered by MediaTek 1.3GHz Octa-core processor. I’m not sure which CPU model that they are using for the Shark 1 but I would assume either MT6795 or MT6752. It was mentioned by MediaTek’s Sr Manager in Sales, Mr Jeff Ng, that they are using the latest chipset in the Shark 1 smartphone. It also comes with 4G LTE network ready and also dual SIM ready.

LEAGOO Shark 1 is a good looking phone, in my opinion. It is powered by Android 5.1 out-of-the-box and the new Android 6.0 Marshmallow is coming soon as an OTA update. Comes in 3 colours – Elegant Black, Modern Gold and Satin Silver. Storage capacity is acceptably large with 16GB of built in space and up to 128GB of external memory via MicroSD. RAM is the most important hardware in any new smartphones. The Shark 1 comes with a large 3GB of RAM, which is great. With a phone this large, it needs the large memory.

As for the camera and selfie lovers, the camera in the Shark 1 is 13-megapixel Sony BSI-2 Stack Lens at the back with dual-tone LED flash. Perfect for those who wish to get a good white balance tone when firing up the flash in dark places. Selfie lovers would love to know that the 5-megapixel front camera also comes with an LED flash. Now, you can also selfie in the dark, right before you go to sleep.

The key features for the Shark 1 are the Fast Fingerprint 3.0 scanner and the huge 6300mAh battery. Let’s talk about the fingerprint scanner first.

The Fast Fingerprint scanner sits right at the upper rear of the device. From standby, it only took about 0.39 seconds for it to respond and unlocks the phone. The reader or scanner is very touch sensitive and highly responsive. So unlocking the phone is fast and with less hassle. You can also use the fingerprint scanner to take a selfie, which is easier in my opinion.

Now lets talk about the battery. The Shark 1 comes with a huge 6300mAh battery. It can stay on standby for up to 45 days! Well, that if you really put it on standby and not use the phone at all. But if you’re on normal usage, the battery can last up to 3.5 days and 2 days if you’re on heavy usage. With a battery capacity this large, you don’t need to carry your powerbank around with you anymore.

On another note, charging the Shark 1 for 30 minutes can give you enough juice to power up the phone for the whole day. So just in case you’re in a rush, just give it a quick charge of 30 minutes and you’re ready to go. Full charge takes only 1 and a half hour, thanks to its Flash Charge capability.

Other feature such as the infrared remote control where you can control your TV or DVD player or even Astro is also available in the Shark 1.

LEAGOO’s new flagship, the Shark 1 is an affordable with medium high specification that will attract those who are looking for a good looking large smartphone that can stay alive for more than 2 days before plugging in the charger. Performance wise, it can’t go wrong with MediaTek’s octa-core processor and 3GB of RAM. The Shark 1 can be a hit in the local consumer market with its offerings. The recommended retails price for the Shark 1 will be RM999 at LEAGOO’s flagship store in Low Yat Plaza and from all authorized resellers.

More information about the product can be found at LEAGOO Malaysia.

More photos from the event:

Using Your Tech to Its Utmost Potential 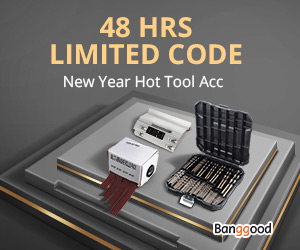