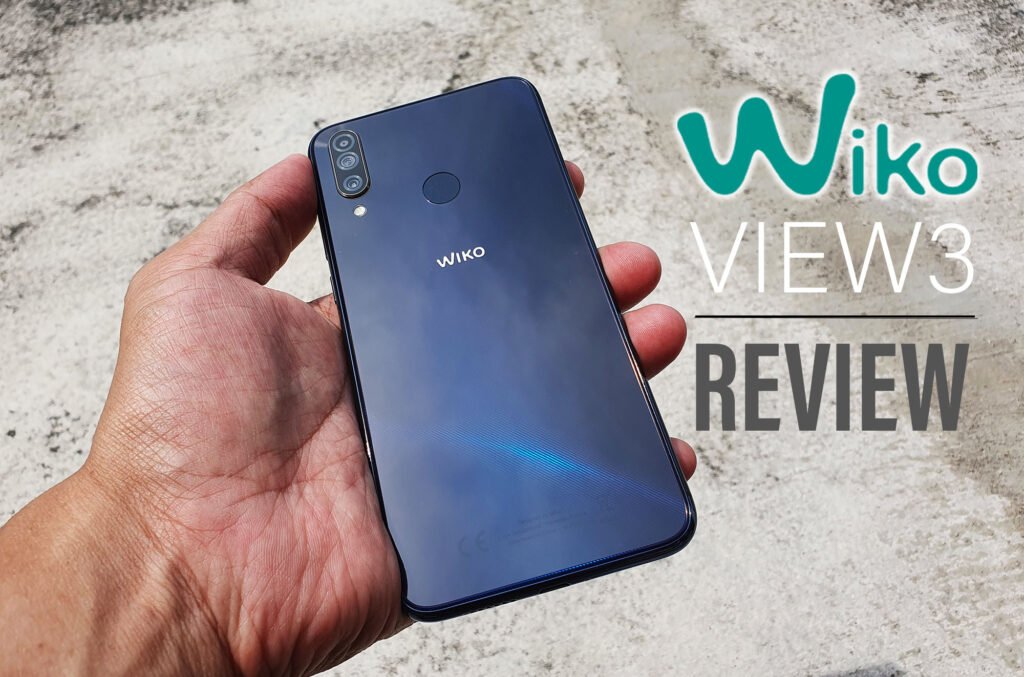 This is the first time I’m reviewing this mid-range French beauty and it’s coup de foudre. That means “love at first sight” in French.

What I love about the new Wiko View3 is the look and aesthetic feel of the phone itself. It is not too big nor it is too small. I particularly love the review unit’s colour which is known as “Night Blue”. It has a dual tone of blue which one is darker than the other. First impression for me was, wow – beautiful.

It has a u-shaped notch at the front and a triple camera setup at the back with a round fingerprint sensor smack in the middle of the back portion. The glossy finish all around is a fingerprint magnet but it is easily removed with a quick wipe. I have been using the Wike View3 for 2 weeks straight and I’m impressed by the battery life. The phone is also very fast and responsive. More on these details further in the article.

What’s In The Box

As I was mentioning, I feel that the design is very well thought of. Everything is in the right place for me. Most of it are in their usual place anyway and that is familiar to many of us. It’s like we automatically will know where everything is immediately.

The buttons are responsive and has a good feel on press. Volume rockers are on the right side of the phone with the power button located right below it. And then the hybrid SIM/SD card slot is located on the left side while the audio jack and the stereo mic is at the top. At the bottom are where you can find the usual stuffs like the micro USB port, speaker and the second stereo mic/call mic.

I do prefer to have the fingerprint sensor at the back of the phone because I feel that it is the best place to have it. Simply tap on the sensor and the phone unlocks immediately. Yes, it is fast too, if you’re wondering. If only it is located slightly lower by 1cm, it will be just nice. But I’m not complaining, just a suggestion.

Let’s have a look at the hardware specifications:

The Wiko View3 uses Mediatek Helio P22 SoC as the brain of the device which I think is good at this price range. The Helio P22 is a capable SoC that performs well for daily use and also for some gaming needs. All 8-cores are able to run at full speed at 2.0 GHz and it helps a lot with the overall performance. At the same time, it can tone down its power for great battery savings and that’s why I am able to use this phone for two days straight without charging. Now that is a big plus point.

The Wiko View3 also comes with a generous 32GB of internal storage which I think is more than enough to keep all your data and photos. The 3GB of RAM is a little short but it doesn’t slow down the phone at all. But the performance is still good despite of only having 3GB of RAM. Like I said, this is a mid-range phone.

As for the screen, the large sized 6.26″ display has great view, bright and vibrant. It won’t be as good as an OLED type display but at this price point, the IPS LCD has great viewing angles. The screen ratio is at 19:9 with 720 x 1520 pixels resolution. The wide angle display is nice for some movie time. Speakers are loud enough and the sound is okay. Not great but enough for a good movie time alone.

Now, did I install my favourite game on the Wiko View3? Yes I did. Knowing that it uses a Mediatek Helio P22 SoC, I made it a point to test its power with some good game of PUBG Mobile. That has been my standard method to gauge the overall SoC and GPU performance on any smartphones that I review. And this Wiko View3 is no exception.

Firing up the game almost immediately after installing it and prompted that I need to set the graphics at medium setting shows that this is a capable smartphone. Usually only those lower end phones will show the low graphic settings while playing PUBG Mobile. So medium setting means this Wiko View3 is ready to churn some graphics.

And it proves me right. Thanks to the 2GHz 8-core SoC from the Helio P22 for the nice graphic experience from this mid-range phone. It’s not a flagship phone so do not expect to see smooth rendering at the highest graphic settings. But it’s good enough for long hours of this epic game.

After that I did a quick test on Antutu 3D Benchmark and it scores fairly. Way above the lower end devices that uses some entry level SoC and equals to other mid-ranged smartphones that uses Snapdragon 635 chipset. That is good enough for me to recommend to those who wants something new out of the norm.

ALSO READ  Samsung Galaxy A31 Review - Something to Consider

The last 2 weeks was really an eye opener for me. I never knew that a brand from France makes a really affordable smartphone with good specs and triple camera setting. I believe that this is the cheapest triple camera setup smartphone out there right now. It also handles the normal social media usage really well on daily basis. I don’t remember anytime when the phone lags or shows any sluggish performance. It doesn’t even heat up while on heavy long hour usage. Now that’s another plus point for the Wiko View3.

Sometimes I will get the slight over exposure when taking a landscape photo during a bright sunny day. But it still maintains the colour and details quite well. I don’t mind the over exposure as long as I can see the subject well and in focus.

Photos taken in low lights turns out better than I expected as well. Like the photo of my cat, it was taken in near dark place that I almost didn’t see my cat sleeping there. But the camera AI function detected that should turn on the night more on and so I did. The photo turns out good. The image “noise” is there but it is kept to a minimum. So I’m very impressed by the photo quality captured by the Wiko View3.

When it comes to wide angle photos, there will be some obvious image warping around the corners. It will distord a little bit but sometimes it can be too obvious. But the ultra wide angle image quality is still as good as the main normal wide angle setup.

As for the selfie shots, it turns out well. I tried a few variations by using normal shots and those with blurred background (bokeh) settings. Both came out clean and clear. It certainly a good camera setup for many Instagram photos especially when taking photos of food. It performs well in this area as well. But I only realise one thing that the camera falls short from – the ability to do a close-up shots. It had some trouble getting a close-up subject in focus but I do need to give a few tries. In the end, the result is not bad (photo of plant).

As for the video, the image stabilization works well even when I took a video by just holding it in my hand. No such shaking can be seen and it looks like I placed the phone on a tripod, but it was just handheld. As for the video quality, the contrast is a little overwhelming but otherwise it’s okay. Have a look at it below:

The movement of the train is smooth but the contrast is a little too much. Dark areas are too dark while the bright areas are too bright. But overall quality is sharp and good to use. Most of all, the stabilization mode works really well. You won’t get another affordable smartphone that has this function, in my opinion. So that’s another good plus point that I give.

So now I can safely say that Wiko View3’s camera is able to capture crispy clear photos that are highly instagrammable. I’d give a thumbs-up for the camera in terms of photo quality but the build-in functions can be improved further. Otherwise, I’m very happy.

If you’re looking for something out of the norm, I would highly recommend this Wiko View3 smartphone. The design of the device itself is good. I love the colour. Fingerprint sensor is right where I prefer it to be and it is very responsive to the touch. Triple camera setup is a big plus point for this cheap mid-range Android 9.0 phone. No other smartphone with triple camera that is this cheap, okay.

Battery life is awesome. The 4000mAh battery capacity lasted me for 2 days and that impressed me a lot. So you don’t actually have to bring a powerbank with you when you have the phone on full charge upon leaving the house in the morning. It comes with a silicone casing as well, just in case you’re the careless type.

This is also a simple and cheap phone that is able to churn out graphics smoother than the lower range smartphones. The Helio P22 is a capable SoC if you ask me. There are better ones such as the Helio X series for higher end smartphones. But that is going to cost more for the consumers. The Wiko View3 is just nice and at the best price segment in its class.

You can actually follow Wiko’s official product page on Lazada for any upcoming offers and discounts. If you’re lucky, you can get rebates up to RM110 or more. The RRP for the Wiko View3 is RM599. What are you waiting for? Head over to their official online store at Lazada. 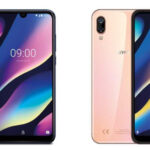 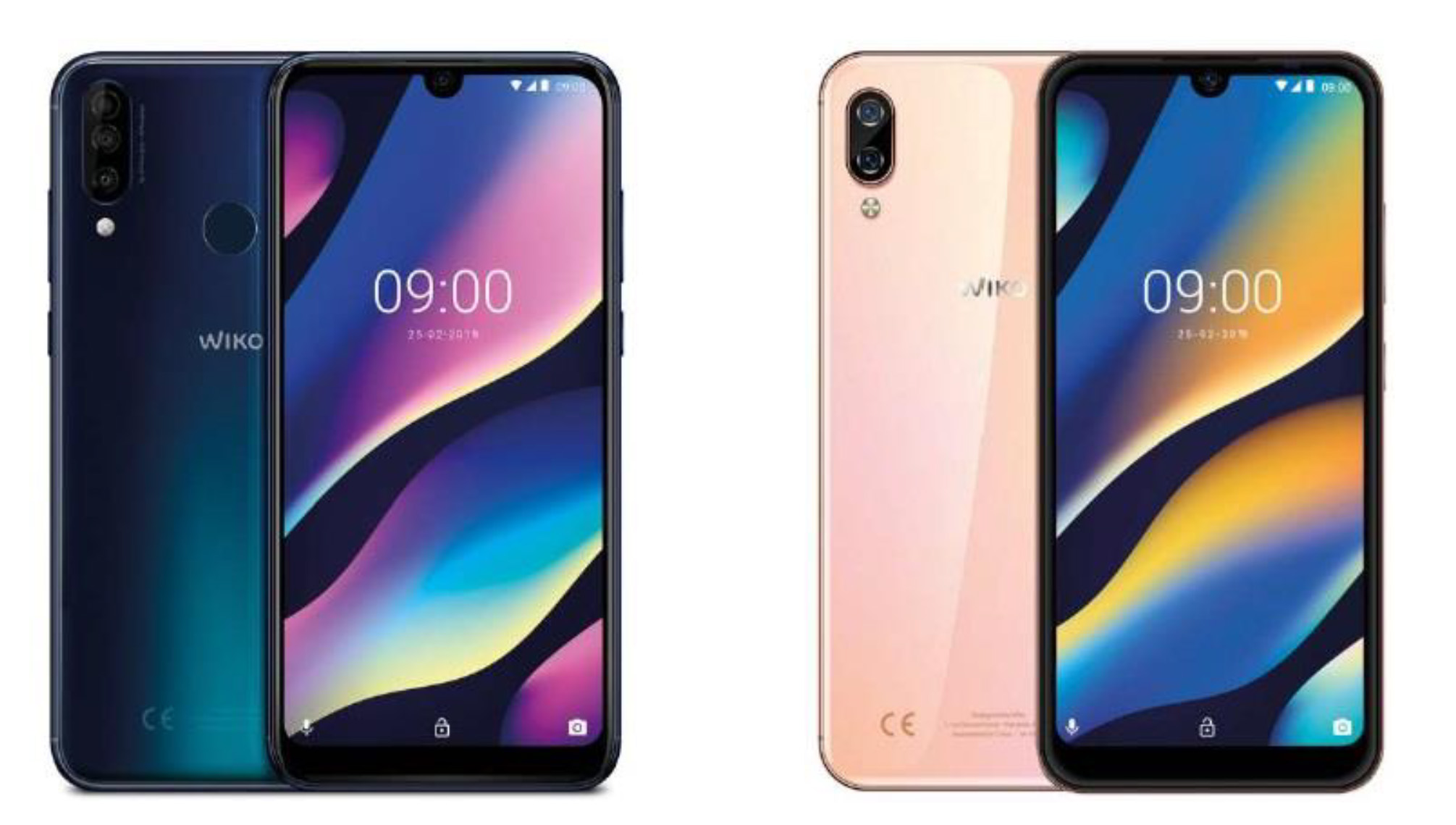 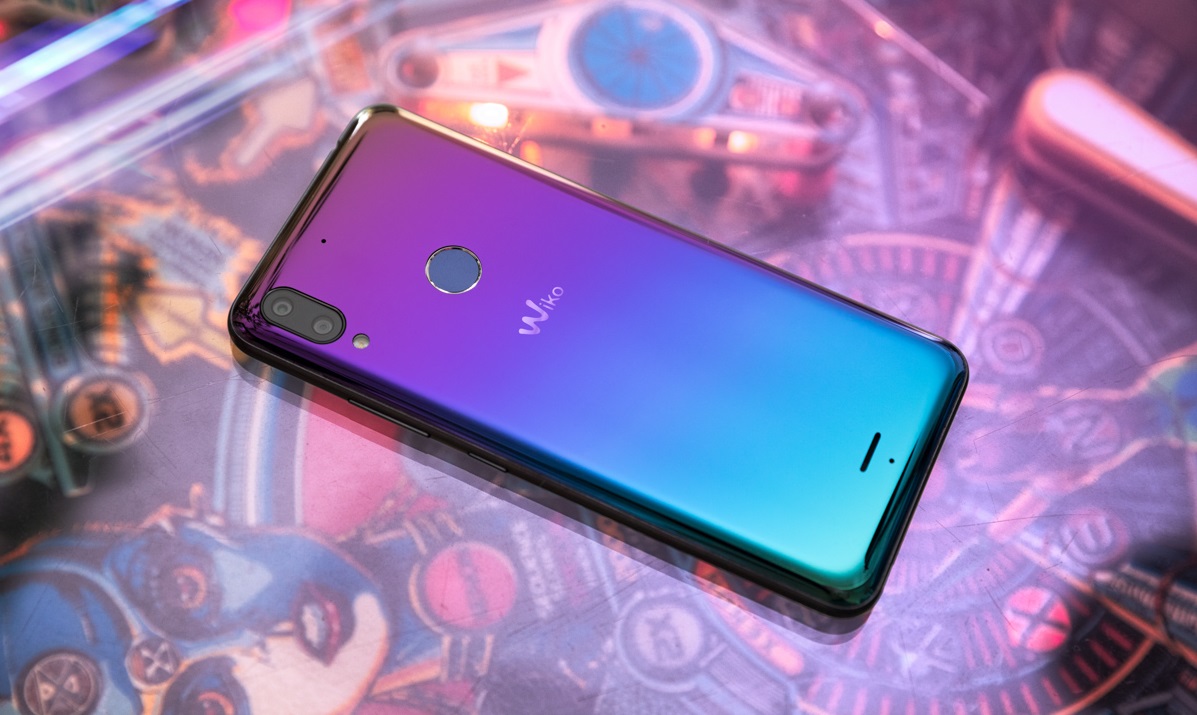 Wiko’s View2 Plus and Tommy3 Plus Smartphone Launched 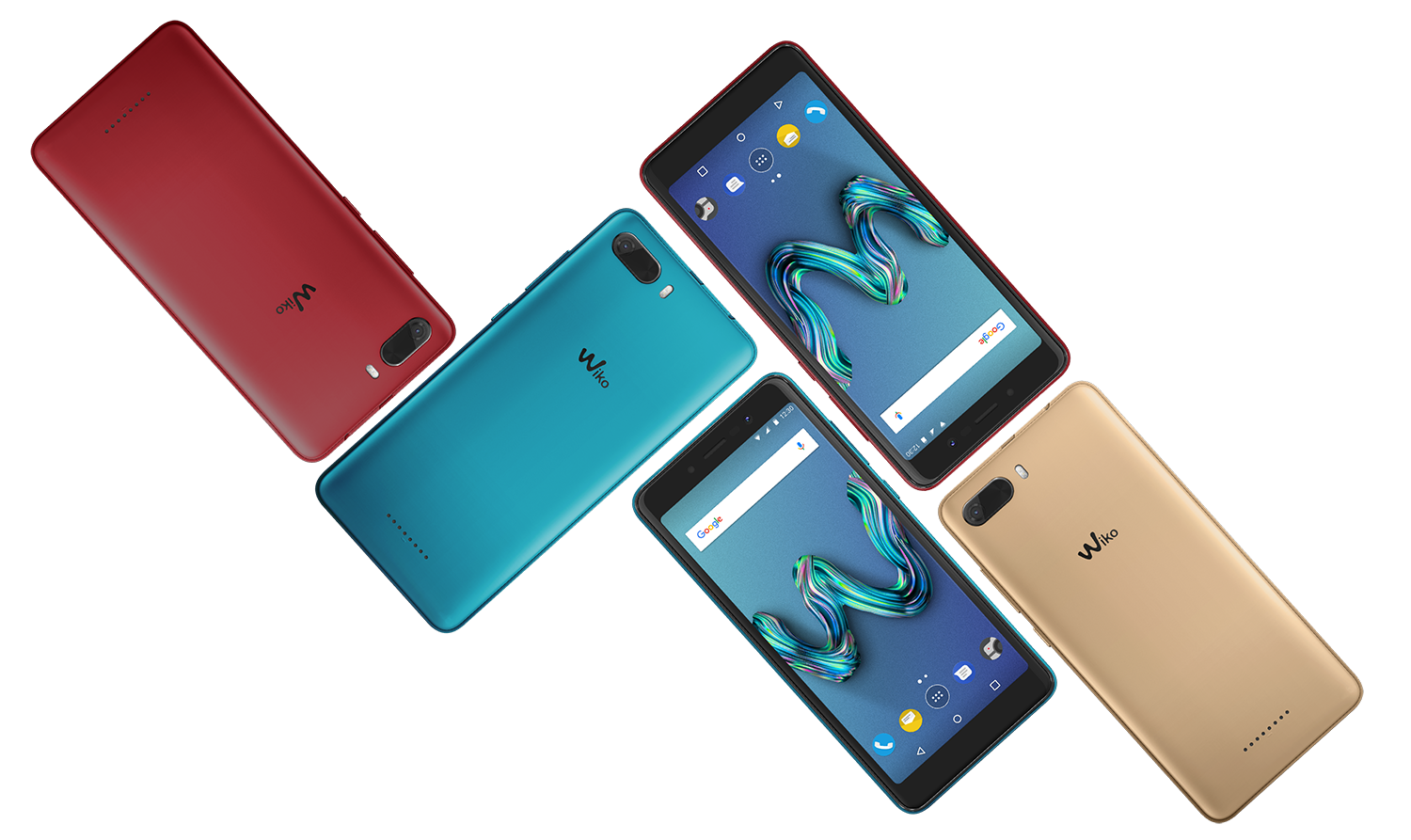 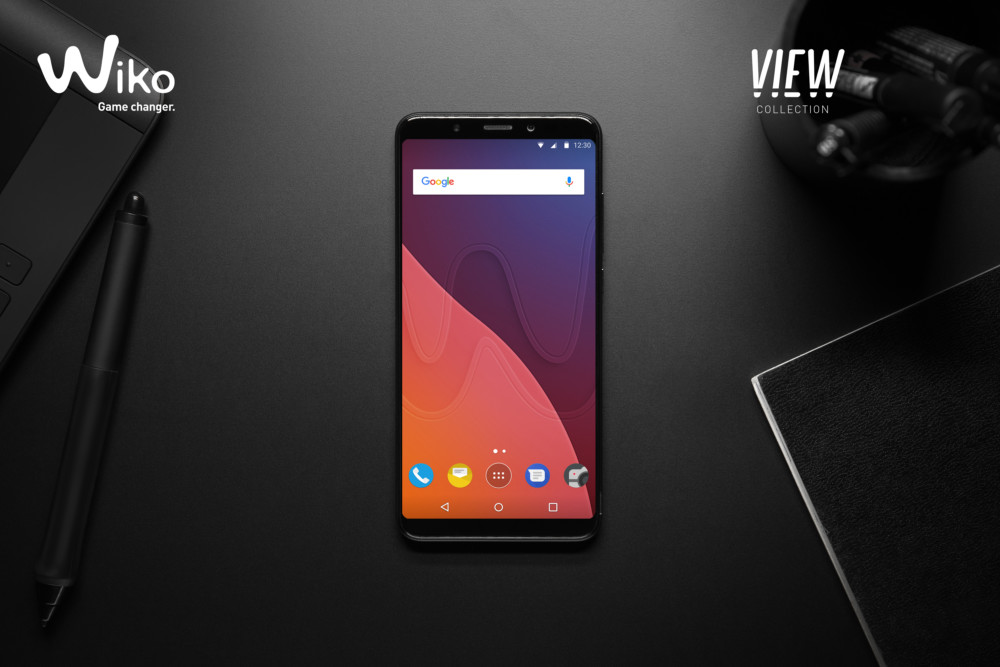 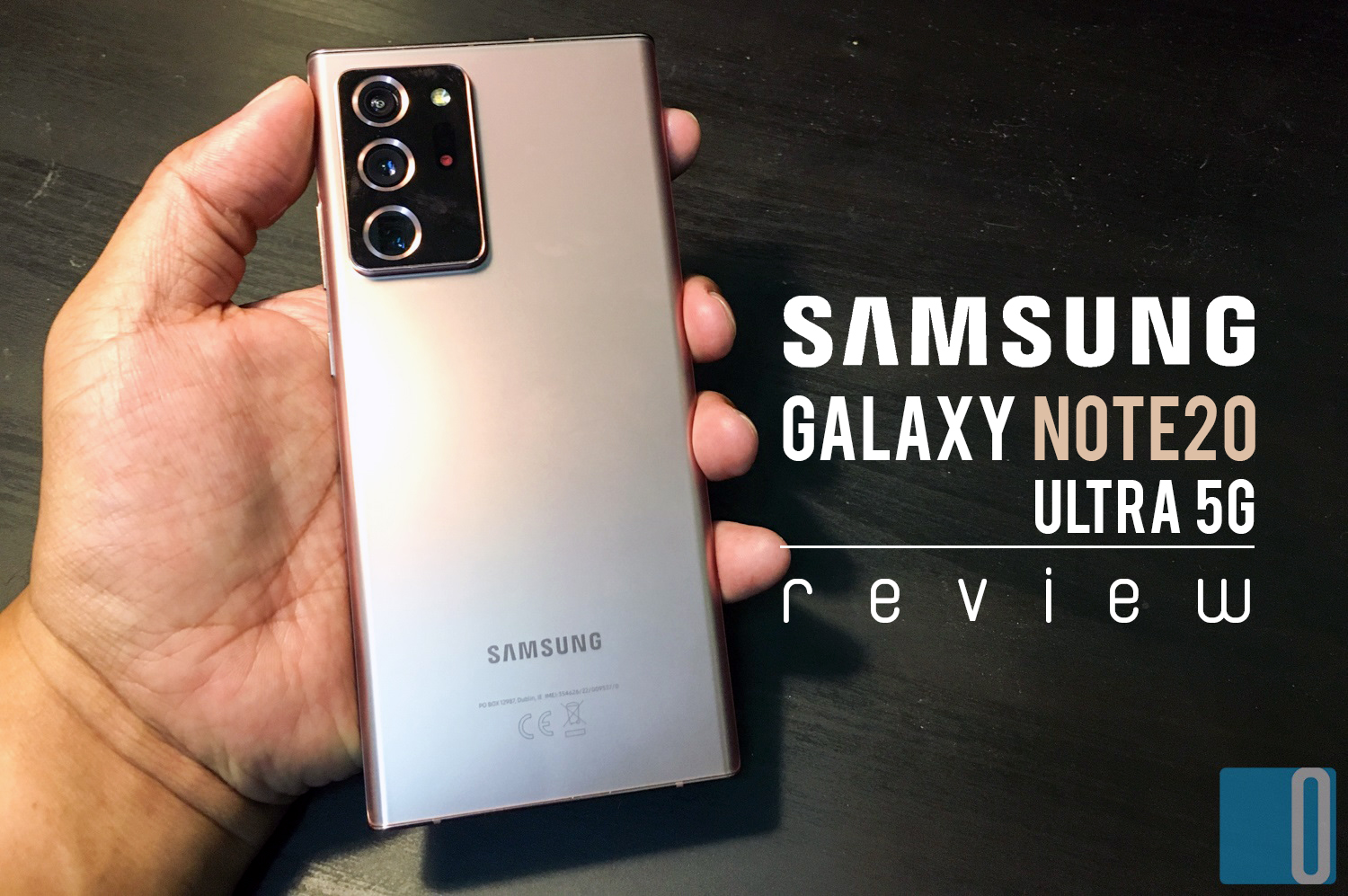