I have gone through a few OPPO phone reviews in the past few weeks and I find that OPPO is excellent when it comes to portrait photography, all thanks to their superb bokeh flair portrait mode. And it is available not only for their flagship devices, but also in their mid-rangers as well. In both OPPO Reno7 and Reno7 Z, the same feature worked flawlessly and portrait photos turned out looking great. And I’m so glad that the new OPPO A96 also comes with the same feature.

I received the OPPO A96 for review about 2 weeks ago and I find that it is one of the most fun phones to use, especially for photography. I have tested the Reno7 series previously and those were a lot of fun, but I also enjoyed using the OPPO A96 just as much.

The only difference between the Reno7 series and the OPPO A96 here is that the bokeh flare is only available for the rear camera shots, and not available for selfies. It is a shame but nevertheless, the quality of the portrait shots are still just as great.

OPPO A96 First Look and Design

The OPPO A96 reminds me a lot of Reno7 with most of the ecstatic looks similar all around. It also has a similar camera bump at the back with dual camera setups but only missing two other cameras. That’s okay because the A96 is more for the lower mid range tier. But the overall look and feel is above average.

The front display is 6.59” in size with 1080 x 2412 pixels resolution at 20:9 aspect ratio. The screen is large enough for a good fieldview but small enough to feel comfortable in one hand. It uses an IPS LCD screen which looks good in my opinion, going up to 600 nits in brightness. It’s not the brightest but it does the job well.

Near the top on the left, sits the 16MP selfie camera. It doesn’t come with an under display fingerprint sensor but that is available on the power button instead. Right at the top at the edge of the screen, you can actually see the top earpiece/speaker holes.

Around the back is the dual camera setup as I mentioned earlier with the main camera sitting at the top while the secondary depth camera is right below it. There is also an LED flash just next to the main camera. If you haven’t noticed already, the back panel design, or rather colour, has some glitter style to it. OPPO’s glow design looks good on this particular A96 colour variant, better than on the black version. It looks pinkish at a certain angle, and sometimes it’s blue. Nevertheless, I still prefer this colour.

As with the other OPPO devices, button layouts are exactly the same. On the OPPO A96, the power button that doubles up as a fingerprint sensor is sitting on the right side while right on the opposite, is the volume rockers button. The dual SIM + MicroSD card tray sits above the volume rocker button.

Around the top, there’s only the lonely microphone hole for video while at the bottom, there’s the usual USB-C port, a 3.5mm audio jack, a second microphone hole and a bottom firing speaker. The OPPO A96 comes with a stereo speaker. That means you can hear some good quality sounds from both ends. Good job OPPO.

As for the build quality, it’s pretty good for a cheaper option. It has a plastic back but with an aluminum frame. It feels solid and sturdy when handled in one hand. It is also easy to grip on the sides. And best of all, it is not a fingerprint magnet device, except for the front display.

Daily Use and User Experience

When it’s time to push the phone to the limit, I will surely throw everything I can at it. The OPPO A96 is powered by a Snapdragon 680 chipset with 8GB of RAM and up to 256GB of internal storage. I have tested a few phones that are using the SD680 chipsets and I feel like it is not being pushed to its limits. I felt like something was off. But I’ll get to that later.

To support the horsepower requirements, the OPPO A96 comes with a Li-Po 5000mAh battery. From my daily experience, I managed to push the battery close to 3 days of use with some YouTube sessions, chatting and email checking. Meaning for normal usage, I can go on for 3 days before I plug in the charger.

Speaking of which, it also supports VOOC fast charging at 33W, going from less than 10% to 50% in about 20 minutes.

When I multitask and do some gaming, this is when I see the battery depletes fast. But having said that, I can still manage up to 2 days before I need to plug in the charger. So that’s the good thing about new batteries. It can last much longer. And with Android 11 as the OS, it saves more battery due to the OS’s efficiency in managing power throughout the device.

The side mounted power button also doubles up as a fingerprint sensor. It is very responsive and I can simply unlock the phone with just a slight touch. I don’t really need to readjust my finger placement as it can detect my fingerprint 99% of the time on the first try.

To be honest, I mainly use the OPPO A96 for its camera and gaming. Most of the tasks that I threw at it worked smoothly. I did some document and photo editing as well as some video editing. Everything worked great. But when it comes to gaming, I was quite surprised.

Before I get into gaming with OPPO A96, I will show the Antutu 3D benchmark score first. If you’re familiar and have been following the latest chipset updates, you will know that a score below 200k on Antutu is considered low by today’s standards. And earlier on when I said it felt like something was off, I was talking about performance.

The OPPO A96 scored 279645 points on Antutu. Most flagships are inching towards the big 1M mark while some of the low ends are still scoring 100k points. If we’re looking at a good mid-range device, I would say the score should be about 400k right now. But to score below 300k, is pretty now.

BUT, that is only on Antutu. I was using the OPPO A96 for my gaming matches the whole time while reviewing it. I ditched my iPad to go full gaming mode on the A96. And I can say, it feels good. I would say, above average and above my own expectations.

After seeing the “low” score on Antutu, I had to make sure that it’s correct. So I fired up my usual PUBG Mobile game on the A96 and watch how it goes. I can only gauge the performance of a device when I personally use it to play games. This is my method of testing for performance and it has worked for me all these while.

And to my surprise, the game play was smooth and responsive. I had this similar experience before whereby the Antutu score is low but the gaming experience is great. Hence why I said it felt off. But then as long as the game play is good, I’m happy. I managed to get close to 2 hours of PUBG Mobile gameplay from a 100% fully charged battery before it goes down below 20%. That is not bad.

I set the graphic settings to the max so that I can get the most out of it. I felt a slight lag when the game started but felt rather smooth throughout the rest of the game. Using the audio from the speakers feels okay but it can be more rich with the bass. Just too much on the high trebles for me. But thankfully, the OPPO A96 comes with a 3.5mm audio jack so I can plug in my gaming headset for a more immersive gameplay.

Another note to add, on paper, it says that the OPPO A96 has an IP5X dust proof and IPX4 waterproof features. I don’t know whether anyone has tried it but I would rather stay safe and not submerge the device underwater on purpose. And to protect the whole device, there’s a silicon case in the box that you can use.

Now, the OPPO A96 comes with only two camera setups. We have one main 50MP shooter and the 2MP depth camera sidekick. The depth camera is used for the signature bokeh flare effect as well as for some of the similar effects. And that’s about it. But the 50MP main shooter packs a punch too. Photos are vibrant and full of details. I actually enjoyed using the camera on this device.

As for the 16MP front-facing camera, it may not be as good as the Reno7 series but I still like what it produces. Photos are sharp and the bokeh works fine. It doesn’t have the bokeh flair feature but selfie photos turned out nice with bokeh effects as well. Technically you lose nothing here.

One way to really describe the camera is to show some photos. Please have a look at the photos in the gallery below and tell me what you think in the comments section.

The OPPO A96 is made for low mid-range users but it does not disappoint. It still has some features that you’ll get on a higher range OPPO series while being a wallet friendly device. In other words, the OPPO A96 is an affordable phone for those who wish to upgrade from an older device.

I enjoyed gaming on the OPPO A96, which is a good surprise to me. The Snapdragon 680 with 8GB of RAM is very much suitable for this device and it works brilliantly. But of course, it can be better. If OPPO is trying to capture the lower end users, they should use a chipset that can still perform for at least 2 years down the road.

Having said that, the camera is a joy to use, especially the portrait mode. This is the setup that I use the most. The bokeh flare effect is beautiful and still able to perform well in low light areas. I love the battery endurance too. 3 days is a long time but make sure it’s on basic use, not gaming. And I love this particular colour variant. It’s like pink with a shade of blue or blue with a shade of pink. You decide.

The OPPO A95 is offered in two amazing colours: Starry Pink and Starry Black with the recommended retail price of RM1,299. For more information about OPPO A96, please visit https://www.oppo.com/my/smartphones/series-a/a96/.

Samsung Galaxy A53 5G Review – Such a Joy to Use

Samsung Galaxy A53 5G Preview – Looking Better Than Before 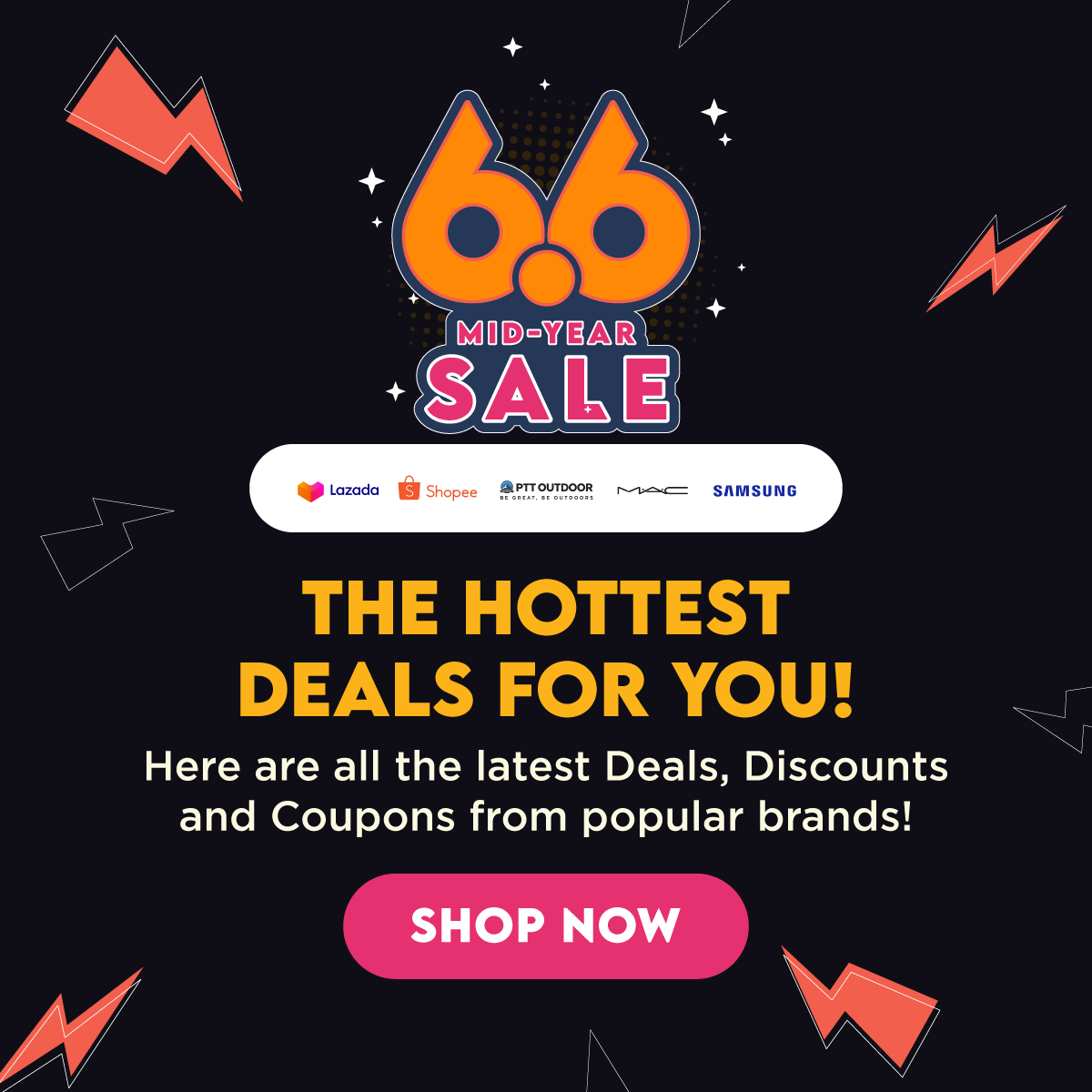