HUAWEI recently launched their new line of tablets in line with their new vision for Smart Office devices. The new HUAWEI MatePad 10.4 is one of the five new devices launched recently that takes aim at Smart Office concept for better connectivity to work in HUAWEI’s rich ecosystem for the next generation of IOT devices.

I received the new HUAWEI MatePad 10.4 review unit recently and after a whole 2 weeks of testing, I find that this MatePad has more to offer within HUAWEI Mobile Services.

HUAWEI, as we know it, comes with their own Mobile Services (HMS) with the absence of Google (GMS) services. That means, you won’t be able to use any GMS based apps but you can still run them from the browser. If you’re okay with that hassle, then you’re fine. That also means you can’t sync your Google contacts in case you need them. But fret not, HUAWEI’s own HarmonyOS, which runs the operating system on this MatePad 10.4, is more than capable to keep up with your usual daily tasks.

The HUAWEI MatePad 10.4 is a slim tablet with a 10.4” IPS display that looks good even under bright sunlight. And there is also an 8MP selfie camera on the long side near the top when viewed in landscape mode.

Holding the HUAWEI MatePad 10.4 in one hand feels okay but you may feel the weight after a while but handling it with both hands is great. The size of the tablet itself is just about right and it can easily fit in your shoulder bag or a large waist pouch. I have a medium sized sling bag that I use all the time and I can easily fit the HUAWEI MatePad 10.4 in it snugly. So in terms of portability, it’s great.

The buttons layout are placed close to each other near the top left corner (in landscape mode). The volume rocker is on the long side while the power button is on the shorter side on the left. There is also a quad speaker system on the HUAWEI MatePad 10.4 with two on each side that delivers a full stereo sound tuned by Harmon Kardon. However, there’s no 3.5mm audio jack on this device.

There is also an expandable storage slot for a nano memory card to store up to 512GB at the bottom side. And on the rear, there’s the single 13MP main camera with LED flash available.

At the same time, there are a few accessories that’s available for the new HUAWEI MatePad 10.4 such as the Smart keyboard/cover combination and the 2nd generation M-Pencil. Now with the Smart Keyboard slapped on the back cover, it now feels thicker but still remains the same size overall. But I do prefer to have the Smart Keyboard on because it feels safer to hold and it gives a better grip when moving about.

As for the 2nd generation M-Pencil, the response latency from the moment you place the pencil on the screen is low. Writing and/or drawing on the HUAWEI MatePad 10.4 feels smooth with almost the same feel as writing on paper. But having a smoother surface, like the tablet’s display, I tend to slip here and there while writing. So if you really want to use the HUAWEI MatePad 10.4 for writing and drawing, you can opt to use a paperlike screen protector for a more natural feel.

There are many available apps that you can use for notes and drawings on the HUAWEI MatePad 10.4 that you can download from the HUAWEI AppGallery. At the same time, there are a few pre-installed note apps that’s already available for you to use immediately. The one that I use for this review is called Nebo, and it’s kind of fun and intuitive. You can jot down some notes using the Smart Keyboard or make a quick drawing with the M-Pencil in the app while syncing to the cloud for safe storage. Very useful when it’s needed.

The Smart Keyboard however, feels a little bit too small for my not-so-big hands. But the keypress on the buttons feels soft, maybe a little bit too soft for my liking. I like to feel the click on each keypress and the Smart Keyboard for this HUAWEI MatePad 10.4 doesn’t give me the typing satisfaction. Having said that, it also means it’s very quiet. It is a very useful keyboard when you’re always on the move.

The new HUAWEI MatePad 10.4 is powered by HUAWEI’s own 8-core Kirin 710A chipset with Mali-G51 GPU to support the graphic loads. It is just a mid-range chipset but it is capable of keeping up with my workload without any problem. It also comes with a 4GB of RAM and 128GB of internal storage which is ample enough to store documents, photos and videos. But I hardly use the HUAWEI MatePad 10.4 for video captures, but the camera for photography is just okay. More on that later.

As the title says, the HUAWEI MatePad 10.4 is a portable workhorse. It is a tablet that’s worth carrying around when you’re a digital nomad. At one point of my life, that is exactly what I was. I used to hop from one cafe to another on a daily basis to work remotely and write for this blog. I wish I had something like this HUAWEI MatePad 10.4 back then with all the accessories. I love the portability option for me to work anywhere. That is exactly what HUAWEI is trying to do here. To create awesome IoT devices for better connectivity to suit their new Smart Office solution.

With the absence of GMS, the HUAWEI MatePad 10.4 is based on HUAWEI Mobile Services powered by HarmonyOS. Is it any good? To some certain extent, yes it is. Again, you may miss out on Google’s services if you’re a hardcore GMS user but the flexibility with HMS is there. I am a hardcore Google user but I am able to adapt without it easily. And the HUAWEI MatePad 10.4 does not disappoint.

All of my usual tasks can be done and it works just as well. If I need to work with office documents, I can use WPS office or simply use Office365 on the web. If I have any documents on my Google Drive, I can still access it via the web browser. Basically, almost everything you do with any Google based device, can be done on any HUAWEI device that runs HarmonyOS.

In terms of performance, the HUAWEI MatePad 10.4 held up well and was able to cope with my multitasking habits. But I do notice a little bit of lag when I have multiple apps opened and some apps took slightly longer than usual to open. But once everything is loaded, it’s fine.

So with that, I wondered whether I can play my usual game of PuBG Mobile on the HUAWEI MatePad 10.4 or not. And to answer that question, I can give a simple and direct, no. I installed the game and tried it out immediately. Not only do I get dropped frames and laggy performance, it is not as responsive as well. The game is playable, but it’s just too much for it to handle. On simpler games such as Angry Birds 2, it works really well. So heavy graphic games are a no, light and simple ones are good.

Battery performance is good. With a large 7,250mAh capacity, it can last me up to 3 days on full use before I have to charge it up again. At one point, I was using the HUAWEI MatePad 10.4 in my office for a day just to see whether I can use it for normal work. No problem with that and I still have about 50% of battery life by the end of the day. Nice.

For photography or video capture use, it performed fine. The 13MP main camera is able to snap simple photos that look good in bright outdoors. And with the ability to use the face unlock function, the front camera works great too. Since it is a tablet, I don’t use the camera much. Maybe it’s because of the hassle of using a larger than usual device to snap a quick photo. But it can perform well enough when it’s needed.

So don’t expect to get awesome quality or cool bokeh effects on the camera. It works well, but not that well. And it’s not that great in low light but better than some other devices that I’ve used. It;s a good thing that it comes with an LED flash at the back. It is very useful when taking photos in low light. But I do wish it has an ultrawide angle camera setup as well. A dual camera setup would give it an advantage over its competitions.

The HUAWEI MatePad 10.4 is a great device for someone who is always working remotely. For a digital nomad, it can be the perfect companion while being on a low budget. If you do heavy graphic work or video editing, you’re better off with the HUAWEI MatePad Pro series. With the pro series, you will get a more powerful tablet to work with.

But don’t get turned off with what the HUAWEI MatePad 10.4 can do. It can still cope up with anything you throw at it with ease. But it struggles when it comes to heavy gaming so it’s best to ignore that part. Looking at the multitasking capabilities, it works well. On productivity tools, it works wonders. The Smart Keyboard is a little too small for me but it’s very quiet. Good when you want to work late at night discreetly without waking up your other half.

So if you’re thinking of getting a reliable and affordable portable companion for work and entertainment, the HUAWEI MatePad 10.4 is probably a good choice.

Meanwhile, you can check out the unboxing video of the HUAWEI MatePad 10.4 that I posted on TikTok below. You can follow my TikTok page for more videos like this.

Create, Learn and Relax with the All-new HUAWEI MatePad 10.4

A New Way to Journal with the Samsung Galaxy Tab S8 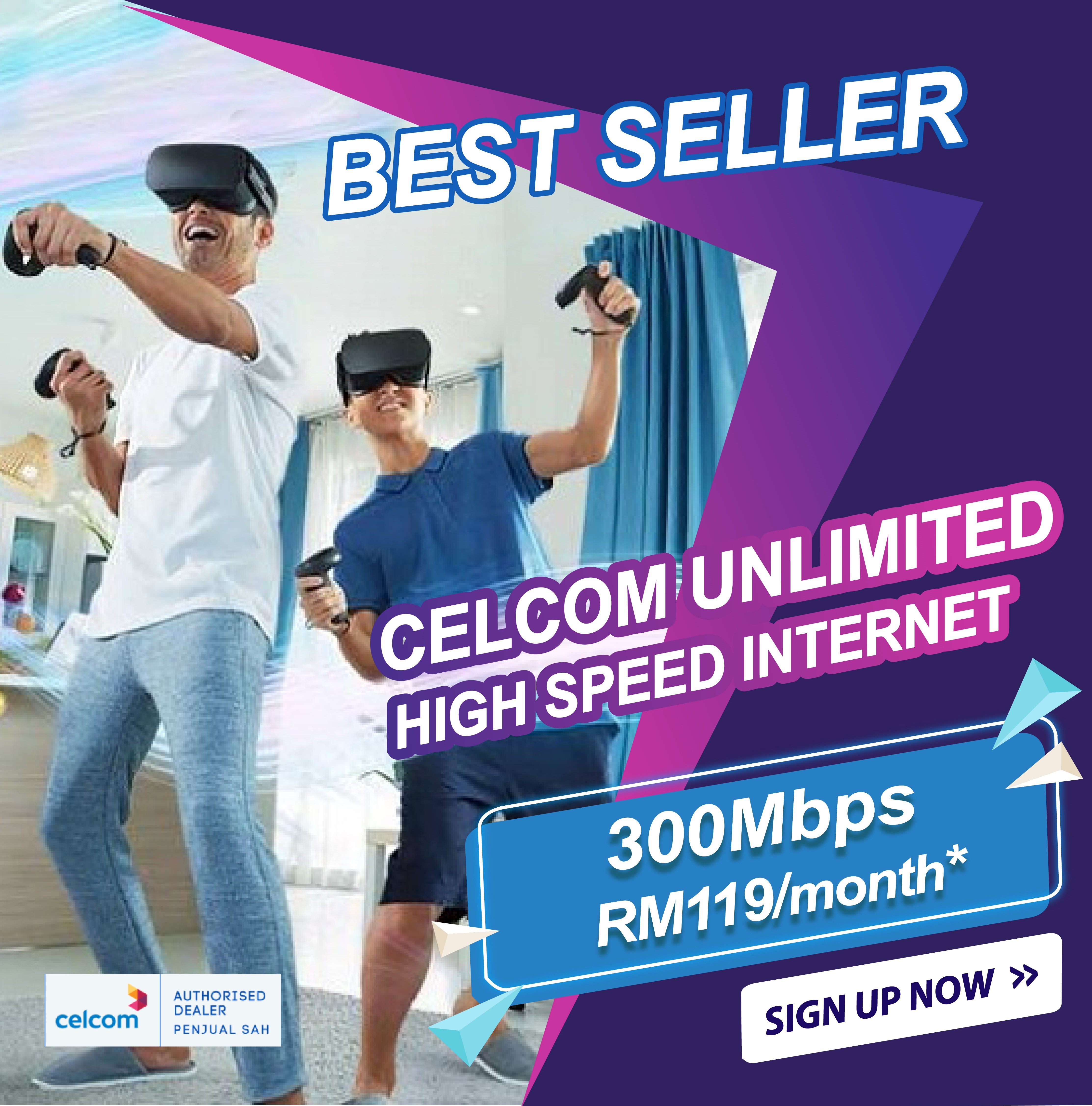